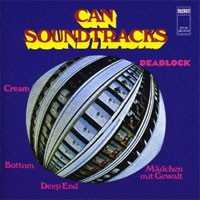 For their second album Can decided to release a collection of tracks that they had recorded in 1969 and 1970 for movies. Surprisingly considering that these tracks also feature different vocalists they gel into a cohesive album very well. Malcolm Mooney the original vocalist had a breakdown and returned to America and he was replaced during this time by the enigmatic Damo Suzuki. A sometimes overlooked album this is an essential groove laden krautrock classic.