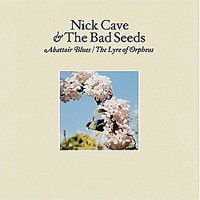 Not just one album but two from Saint Nick. In a strange perverse way the loss from his band of guitarist Blixa Bargeld has seen them return to the taught, edgy and highly strung sounds that he helped to create: The sound of say "Let Love In", "Murder Ballads" and "Henry's Dream". Death, sex, religion, drugs, gospel gothic and deep romance in fact all of Cave's favourite topics are covered here in a fresh whirlwind of classic song after classic song. This stands up as one of Nick Cave's best ever albums, and don't forget, there's two of them!! Hallelujah!!!