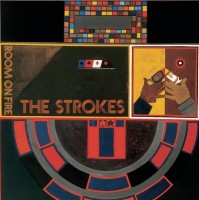 You couldn't ask for more. OK so it's only 33 minutes; dead short again, but, that's all part of the script! They're not saviours in the old clichéd big rock sense, they're the antithesis of that. So yes the sound is exactly the same as the first album: deliberately small nagging guitars, the occasional naff drum machine, distorted vox, cute changes; still wide eyed, still so youthful. But get this: the songs are possibly even better! Well at least four of them up the ante in a big, big way; often having three songs in one, incredible middle 8s etc. Again there's not one bad track; lots of songs with sweet, surprising, melodic twists. A couple flirt with reggae, but of course in a very 1979-ish new wavey kind of way! And then there's "Under Control" their best song ever. It has a heart-tugging melody in its riff and voice and is quite Motown-ish in spirit. You'll hear it once and absolutely love it. I promise ! So... second album, same as the first only ...BETTER!