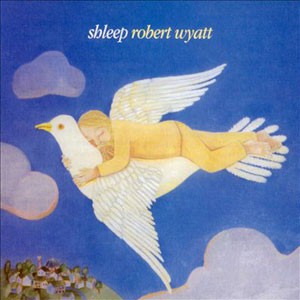 "Shleep" is almost a resume for Robert Wyatt's entire solo career. This 1997 release has tracks that would nestle snugly on his early solo albums like "Rock Bottom" and "Ruth Is Stranger Than Richard" or on Eno / Matching Mole / Henry Cow albums of the 80s. "Shleep" is one of his most satisfying releases on so many levels; the variety, the production, the musicianship and above all Wyatt's vocals recorded to perfection.