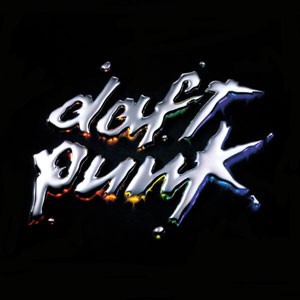 "Discovery" was originally released in 2001, five years after those Daft Punks blew us all away with "Homework" and the world was a very different place. "Homework" had been the shot of adrenaline that club culture needed, prompting the golden age of filter house, with a legion of imitators following their lead. But the French duo hadn't spent the interim resting on their laurels, instead they'd dug deep into their record collections, exploring the productions of Thomas' father (Daniel Vangarde, who hit the charts with Ottowan's "D.I.S.C.O.") and honing their songwriting skills. They'd also spent a fair bit of time in the workshop making two very snazzy robot costumes which have become their uniform ever since. And when they were good and ready, they unleashed "Discovery" (or Disco Very) on the world. Opening with the massive hands in the air "One More Time", the album soon heads into a sampledelic melting pot of 70s disco grooves, reinterpreting the likes of Edwin Birdsong, Cerrone, Sister Sledge, George Duke, Tavares and Barry Manilow!!! This time around though, they'd taken a step back from the dancefloor, instead creating a pop gem that'd work in a club, on the radio, in an armchair or  anywhere really, that even contained proper songs. Perfect in its conception and execution this was the album that turned them from house music's golden boys to global megastars, and rightly so.

Side A
1. One More Time
2. Aerodynamic
3. Digital Love
Side B
1. Harder Better Faster Stronger
2. Crescendolls
3. Nightvision
4. Superhereos
Side C
1. High Life
2. Something About Us
3. Voyager
4. Veridis Quo
Side D
1. Short Circuit
2. Face To Face
3. Too Long