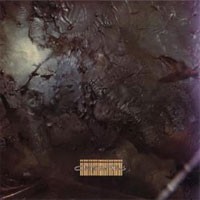 Creating one of the most distinctive sounds in 80s music, The Cocteau Twins were one of the 4AD label's greatest bands. In Elizabeth Fraser, the band had an utterly unique performer who eschewed conventional lyrics for the sound and textures that were layered onto Robin Guthrie's banks of distorted guitars, tape loops and echo.

Losing original member Heggie might at first have seemed a troubling blow, but in fact it allowed the duo of Fraser and Guthrie to transcend the darkened one-note gloom of "Garlands" with "Head Over Heels". The album introduces a variety of different shadings and approaches to the incipient Cocteaus' sound, pointing the band towards the exultant, elegant beauty of later releases. Opening number "When Mama Was Moth" demonstrates the new musical range nicely; Fraser's singing is much more upfront, while Guthrie creates a bewitching mix of dark guitar notes and sparkling keyboard tones, with percussion echoing in the background. Other songs, like the sax-accompanied "Five Ten Fiftyfold" and "The Tinderbox (Of a Heart)" reflect the more elaborate musical melancholy of the group, while still other cuts are downright sprightly. "Multifoiled" in particular is a charm, a jazzily-arranged number that lets Fraser do a bit of scatting, while "In the Gold Dust Rush" mixes acoustic guitar drama into Fraser's swooping singing. Perhaps the two strongest numbers of all are "Sugar Hiccup," mixing the mock choir effect the band would use elsewhere with both a lovely guitar line and singing; and "Musette and Drums," a massive, powerful collision of Guthrie's guitar at its loudest and most powerful and Fraser's singing at its most intense.

Now remastered from the original tapes by Robin Guthrie.