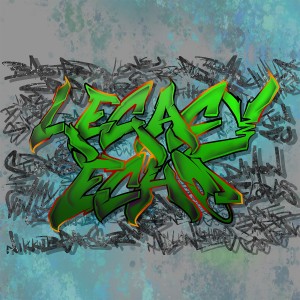 Legacy Echo is a new UK based hip-hop record label. Their first release is "Legacy Echo Volume 1" which brings 15 talented beat makers from all over the world together for a instrumental hip-hop journey.

It's a nicely blunted set - with the artists involved seemingly inspired by the golden era of beat making - clearly demonstrated by the abundance of various MPC shots in the CD's inlay! Think MF DOOM, DJ Shadow, Rob Swift, DJ Premier - and thankfully, the quality of these instrumentals is really quite high. Perfect for practicing your cypher or your scratches, as much as it's great for a smoke out in the Range Rover! It's head noddingly boom-bap delicious throughout - CHECK!

Matt says: Nice selection of blunted beats forged by a new generation smiths. For stoners, swaggerers, MCs and guys n gals who like to bump the jeep around the ring road at night.