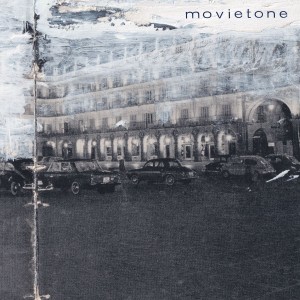 World Of Echo are proud to announce the long-awaited reissue, on 17th February, of the self-titled debut album by Bristol’s Movietone. Originally released in 1995 by Planet Records and reissued on CD in 2003 by The Pastels’ Geographic Music imprint, this is the first time Movietone has been reissued on vinyl. An expanded double-LP edition, it includes the extra tracks from the 2003 CD (their first two singles, and an unreleased demo of “Chance Is Her Opera”), and adds three more unearthed gems: demos of “Alkaline Eye” and “She Smiled Mandarine Like”, and an early take of “Late July”, recorded in a garden by Dave Pearce (Flying Saucer Attack) in 1993. Taken together, this is the definitive collection of music from the first phase of one of Bristol’s most remarkable groups.

Movietone was the cumulation of a series of events, explorations, and discoveries, starting at secondary school – the group’s core membership of Kate Wright, Rachel Brook, Matt Elliott and Matt Jones met at Cotham School in Bristol. As for many other groups, their early years were all about experimenting, and finding ways to ‘make do’, a DIY sensibility that would inform Movietone through their decade-long lifespan. From formative rehearsals in a shed in the garden of Brook’s family home, to recording early material to four-track in Redland Library, and on into the Whitehouse and Mr Grin’s studio sessions for their debut album, Movietone’s music fell together in a creatively unpredictable, yet conceptually rigorous manner.

By the time they released Movietone, they’d found a home with Bristol’s Planet, run by author Richard King and James Webster, who had both released their first two singles, “She Smiled Mandarine Like” and “Mono Valley”. There was other music happening around them in Bristol, too, from the Jones brothers’ avant-rock outfit Crescent (who were Movietone’s closest conspirators), through Elliott’s jungle/electronica project Third Eye Foundation, and Brook and Elliott’s membership of Flying Saucer Attack. A closely knit community, Movietone are the centre of this nestling architecture of groups.

The vision in the music, mostly, belongs to Wright, but Movietone ran in democratic creative consort. Listening back to Movietone, you can hear this democracy in action through the wildness of the music, which is balanced by the poetics of Wright’s lyrics and melodies. Full of half-captured memories and entangled abstractions, there’s an elliptical, ruminative quality to much of the writing here that shows the deep influence of the Beat Generation writers, along with a twilight environment captured in the songs that’s pure third-album Velvets, Galaxie 500, early Tindersticks, Codeine. Unpredictable interventions – the crashing glass in “Mono Valley”, the sudden explosions of “Orange Zero” – point towards the noise blowouts of My Bloody Valentine, the unpredictability of Sonic Youth; Wright’s understated vocal cadence suggest a deep, embodied understanding of John Cage’s Indeterminacy.

Movietone would go on to make three fantastic albums for Domino – Night & Day (1997), The Blossom Filled Streets (2000) and The Sand & The Stars (2003) – and their Peel Sessions were released earlier this year on Textile. Still held in high regard by artists like Steven R. Smith, and The Pastels, whose Stephen McRobbie once described them as “one of the great unknown English groups,” it’s an absolute thrill to listen to Movietone anew – still inspired, still seductive, still magic, still mysterious.