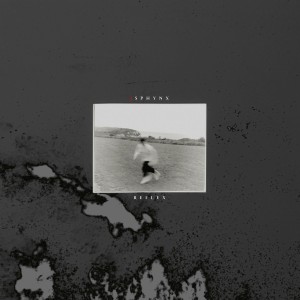 Following two standout releases from Rudi Creswick & Jamie Leeming, Alfa Mist’s Sekito Records imprint prepares to unveil their third LP project. Continuing their showcase of some of the most impressive up & coming Jazz players the UK has to offer, they are proud to present JSPHYNX’s debut LP ‘REFLEX’. Hailing from the coastal town of Broadstairs (Kent), JSPHYNX (AKA Johnny Woodham) is a talented trumpeter, who cut his teeth performing alongside the likes of Barney Artist, Mr Jukes, Corto Alto, Ego Ella May, Tom Misch, Loyle Carner, Ashley Henry, Jordan Rakei, Tertia May, Subculture & Maisha.

Finding inspiration during lockdown, JSPHYNX began crafting loops at home before bringing them to his bandmates to help add some meat to the bones of the tracks. With an impressive roster of musicians on board (including Rudi Creswick on Bass duties, and Richard Spaven on drums) label boss Alfa Mist adopting the role of executive producer, ‘REFLEX’ is positioned at the sonic intersection of UK Jazz & Bass music. First single ‘Shake’ features Alfa Mist on vocal duties, painting a story of a protagonist choosing to respond to their environment by getting stronger and more resilient. Accompanied by moody breaks, eerie keys and punctuated by a ghostly trumpet motif it's a truly immersive introduction to the record. On the flip, ‘Palmers’ channels a focussed and driving energy, featuring hypnotic and captivating elements used to incredible effect. Second single ‘Skippy’ (due for release 25th Jan) melds watery synths, pulsating basslines and furious snare work - building intensity into moments of euphoria inducing clarity and low-end meditation. From front to back, ‘REFLEX’ is a dense, and carefully considered offering, melding syncopated beats with brooding atmospheres and with moments of blinding musicianship cutting through the haze.

On the project, Alfa Mist says: ‘Really excited to get this project out, was glad to be involved in bringing Johnny’s tunes to life along with these great musicians. Like Jamie Leeming and Rudi Creswick, Johnny's played on a lot of my music, so many of the people I play with don’t understand how great they are, so at the moment, Sekito is all about bringing their music into the light.’