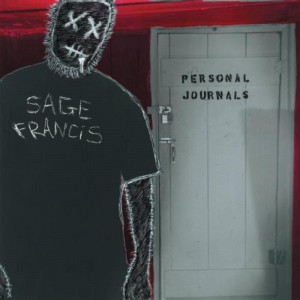 One of the best selling indie-hip hop records of all time, Personal Journals lead the charge into a fresh new era for the underground music world. Since the release of PJ, Sage has released 3LPs on Anti-/ Epitaph Records, sold over 100,000 albums, started his own independent label Strange Famous Records, and dropped two projects with his group Epic Beard Men.

SFR is proud to present the 20th Anniversary limited edition reissue of this genre-defining classic on 2xLP 'Galaxy Splatter' red, black and silver coloured vinyl, including a full-size 16-page booklet, featuring the full album lyrics reprinted for the first time, plus never before seen photos and the behind- the- scenes journal entries from the original CD version of the album.

"Turns self-examination into poetry and then, harder still, turns the poems into great rap. And as dark as he gets, Francis makes sure we have a great time." - Pitchfork Media "Bluntly put, the album is a masterpiece." - Dusted Magazine