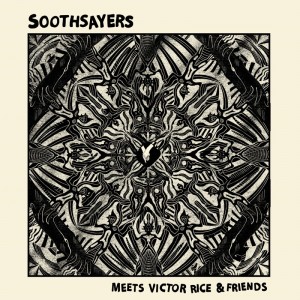 The project blossomed from earlier sessions in São Paulo for Soothsayers’ vocal album ‘We Are Many’ and continued across continents and technologies during dark days and uncertain times , strengthening the already powerful musical connection between Soothsayers' incredible core musicians and some of Brazil's top musicians, resulting in a whole new set of uplifting and defiant instrumentals.