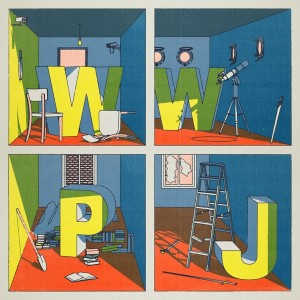 We wrote and recorded Enjoy The View in the first 8 months of the pandemic, initially working separately before joining up in the studio to finish the album. We always felt like this album was a chance for us to try some things out and approach writing music together differently than we had done before. After getting back out on the road again we thought it may be fun to revisit some of those songs and take another new approach. So after our mammoth six-week tour of North America finished in April 2022 we decided to have another crack at some of these songs and see where else we could take them. Our idea for this EP was to go into the studio and just see where we went from there… I think making music is just making hundreds of tiny decisions that ultimately give the final feeling and sound of a song. We have absolutely loved playing music and spending more time with Andy Monaghan and jumped at the chance to head into the studio with him and make some different decisions! We also thought it would be great to see where other people could take some of those songs and are so delighted that we’re lucky enough to have Andy, Manchester Orchestra and Zoe Graham put their own spin them and make them something that we could never have done.

We Were Promised JetpacksEnjoy The View

We Were Promised JetpacksThe More I Sleep The Less I Dream