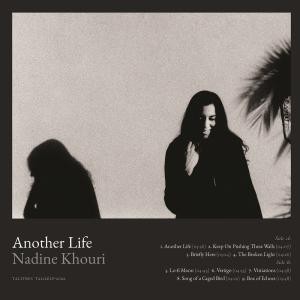 Another Life is the second album by singer-songwriter Nadine Khouri. Recorded in London and Bristol with producer John Parish (PJ Harvey, Dry Cleaning) the album extends a collaborative partnership that began with Khouri's acclaimed 2017 debut The Salted Air.

Her debut The Salted Air was hailed by MOJO as "A thing of dark possessed beauty" in their four-star album review, celebrated by Q as a Critics Choice record, and selected as one of Rough Trade's Albums of the Year in 2017.