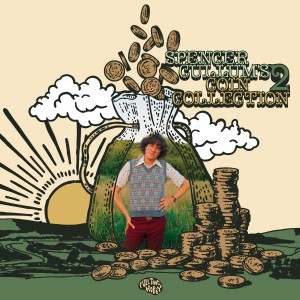 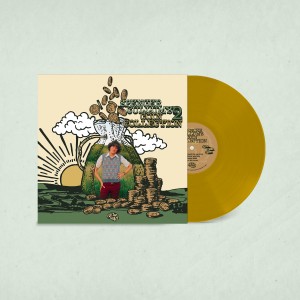 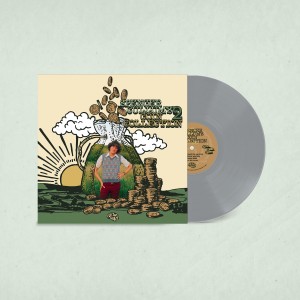 Spencer Cullum’s Coin Collection 2 sees the Nashville-based musician step further from the pedal steel and towards centre stage. Released on the evergreen Full Time Hobby label on 14th April 2023, this new collection of tracks is a kaleidoscopic collection of folk, jazz, and pop, cut though with immaculately-rendered songwriting.

Romford to Nashville is hardly the most well-trodden of paths, but for Spencer Cullum it was a way of getting to the essential heart of pedal steel, what was then and remains to this day his musical raison d'être. Growing up in the large East London town brought him early exposure to classic pub rock by way of his father such as Dr. Feelgood and Thin Lizzy, and farther-flung music by way of his mother, such as Talking Heads and Lou Reed. However, it was learning pedal steel from legendary English player B. J. Cole that set him on the path he still walks today. After touring with Nashville-based groups and hearing tales of “seasoned Nashville steel players”, the young musician upped sticks and found a “nice little crowd of weirdos” in his chosen city.

Cullum has always maintained a somewhat silent presence - even now saying “I still want to hide behind my pedal steel in fear” - but 2020 saw him release his debut solo effort, Spencer Cullum’s Coin Collection. Despite his project with Jeremy Fetzer, Steelism, showing off more of his talents, never before had he felt the limelight so firmly on him.

Although …Coin Collection’s modus operandi was "a very quintessential English folk record, but with really good Nashville players”, Cullum says of ...Coin Collection 2 that “I wanted to be different. I wanted to try and pull away from wearing my influences on my sleeve… I was trying to pick out ideas that were new to me. You can never escape your musical influences but I wanted them to be more hidden sub-consciously than upfront.” Though you can pick out the odd similarity to other things here and there - The Beach Boys’ Friends LP, perhaps, or The Incredible String Band, or Joni Mitchell - the thing is decidedly Cullum’s own. What’s also reassuring is that there hasn’t been some giant sonic leap from …Coin Collection, rather that the beautifully sun-kissed, English country garden, bees-buzzing-round-lager atmosphere has remained, but complicated, weirded, deepened.

Much in the same way that the album doesn’t wear its influences (Amon Duul II, Skip Spence, Ennio Morricone, Chu Kosaka, Michael Chapman) lightly but rather is steeped in them and toys with them, Cullum brought in a host of guests to turn…Coin Collection 2 loose from being a purely solo effort. Yuma Abe provides fractured, low-register chorus vocals that accentuate the ever-so-slightly mournful air to ‘Kingdom Weather’, released today as a single, while Dana Gavanski provides beautiful harmony lines in ‘What A Waste Of An Echo’. Despite the number of collaborators and players (also including Rich Ruth, Erin Rae, and Caitlin Rose) things never seem too crowded or brimming with too many ideas. Instead Cullum marshalls each moving party expertly.

Indeed, due to Cullum’s languid Romford burr (pitched somewhere between Robert Wyatt and Ray Davies), it only becomes clear when listening closely that some of the lyrics deal with weighty themes like dementia and violence. Cullum says that “I sat for a long time with the songs and wanted to find my own identity”, and …Coin Collection 2 suggests you do the same.

In the same way that Cullum provides the pedal steel undertow of many huge artists’ music - Kesha, Lambchop, and more recently Angel Olsen - the genius in …Coin Collection 2 is in its subtlety, in what it murmurs rather than shouts.