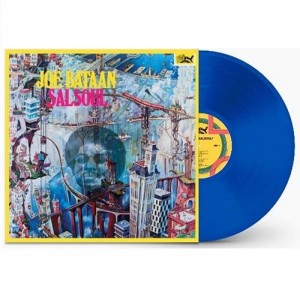 Re-issued for the first time since 1973 on limited edition blue translucent vinyl, Salsoul was born out of Bataan’s love for salsa & soul, which developed during his youth in New York’s Spanish Harlem.

Such was the impact of Bataan’s new sound, that Salsoul served as the catalyst for the creation of a label by the same name. Formed by brothers Joseph, Kenneth & Stanley Cayre, Salsoul Records spearheaded a new generation of charismatic artists that, influenced by soul, funk & Latin dance rhythms, gave the label a signature sound.

Re-emerging in samples and remixes, the Salsoul Records catalogue is proof of the label’s enduring legacy and it’s crucial role in shaping the sound of a new wave of disco.