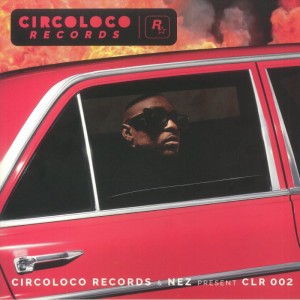 A deliciously fresh take on hip-house graces "You Wanna"; utilizing vocal chops more akin to the footwork genre, the energy levels are kept peaking on this one as juttered stabs and dreamy pads converge on the stomping Chi-town rhythm.

Drill / trap vibes are explored on the curveball 2nd track. Rare to see such reckless blending of genres across a twelve inch; especially given the contrasting connotations of each genre (violence / money and love / unity!) but I guess if you're looking for a multifaceted record for various moods in the dance then this more than suffices.

It's probably the Moodymann remix that'll get the most attention here. And thankfully it delivers. Our Freeki MF switches things up with pummeling 808 subs and snappy hi-hat pattern to create a booty percolating hip-house hybrid that'll sex up any dancefloor. With nice drops into rap-led half time moments it's a dynamic number that'll intrigue and grab the attention of even the most ADHD-riddled dancer. Certainly starting up at the starts during this one!

The tracks have made appearances in sets from BBC Radio 1’s Pete Tong and has support from the scene with artists such as Paul Woolford, Myd, Black Coffee, Jamie Jones, Marco Carlo, Joris Voorn, Tim Sweeney, Luke Solomon, and more.

The EP is also featured in Rockstar Games’ Grand Theft Auto Online, with appearances on in-game radio and as a media collectable within the dynamic world of Los Santos. “Freaks” made its debut appearance in the teaser trailer for Los Santos Tuners.

Matt says: Moodymann drops by with an 808-powered hip-house joint that's gonna get the 'floor twerkin' and poppin' in no time. The solo NEZ track "You Wanna?" also revisits hip-house in a stylish and arresting fashion. Top stuff here.