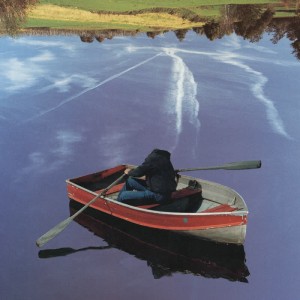 Channelling his considerable improvisational skills to evoke notions of island life, his concept was to create something that could work equally well in the wilds of the Western Isles as in the sunnier spots of the world that we all yearned to escape to at that time. The more he played with this idea of groups of islands, of archipelagos the world over, the more it also became about people themselves experiencing isolation as individuals, while still feeling a sense of togetherness with others in the same boat.

Working a little at home but mainly here at Athens of the North studios, he would come in each day over the course of a few weeks and just hit record, playing at times almost without mind. Sometimes the mood would call for keys, strings, or drums through delays for days and days. Often, the music would happen by chance as much as by design. One rule he tried to adhere to was to not overthink things, capturing moments honestly with minimal editing or digital processing.

What we've ended up with is a beautiful, spontaneous, timeless and honest meditation on what it is to be at once both alone and part of a larger whole.