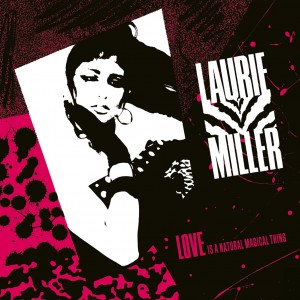 12” reissue of the sought-after 1986 freestyle gem by the well-known Exposé’s member Laurie Miller and produced by Michael Morejon in Miami. Playful and yearning, containing drum hits that would characterize the genre and a squelchy boogie bassline to boot; it almost epitomizes the ethos of freestyle.

Includes the dub mix and the extended version by Skyrager. Restored from the original master tapes, licensed directly by the artist. Originals were getting close to the £100 mark before this official reissue surfaced!

This release is the result of the collaboration between Presagi (Paesaggi Records sub-label) and Laurie Miller’s Xica Productions.

Matt says: Sugary sweet freestyle that should appeal to fans of Plus Two, Sarah Bates and Company B. Unbelievable really that this hasn't been reissued until now.