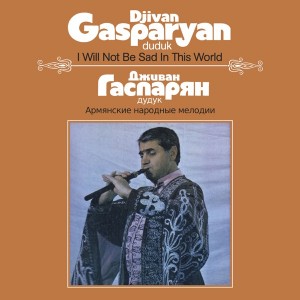 A widely acknowledged classic by the undisputed master of the duduk, a traditional woodwind instrument from Armenia. A double-reed instrument of ancient origin and noted for its unique, mournful sound. Originally released in the Soviet Union in 1983, Brian Eno came across the musician during a visit to Moscow in the late 1980s and subsequently introduced the record to Western audiences via a reissue on his Opal label.

Available on vinyl for the first time in 33 years, restoring the original 1983 artwork to its former glory, this is a unique and powerful musical statement that has had a lasting cultural impact.

A Cool Wind Is Blowing
Brother Hunter
Look Here , My Dear
I Will Not Be Sad In This World
Little Flower Garden
Your Strong Mind
The Ploughman
Dle Yaman