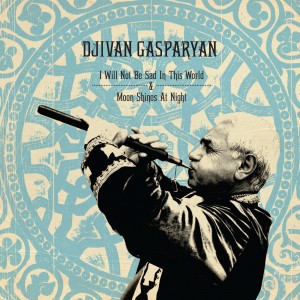 2CD anthology of two classic albums - ‘I Will Not Be Sad In This World’ / ‘Moon Shines At Night’ - by the Armenian master of the duduk.

‘I Will Not Be Sad In This World’

A widely acknowledged classic by the undisputed master of the duduk, a traditional woodwind instrument from Armenia. A double-reed instrument of ancient origin and noted for its unique, mournful sound. Originally released in the Soviet Union in 1983, Brian Eno came across the musician during a visit to Moscow in the late 1980s and subsequently introduced the record to Western audiences via a reissue on his Opal label.

“Gasparyan’s playing produces an equal amount of sadness and sweetness in every note, every phrase, and every song. Simply graceful.” - All Music

Djivan GasparyanI Will Not Be Sad In This World - 2022 Reissue