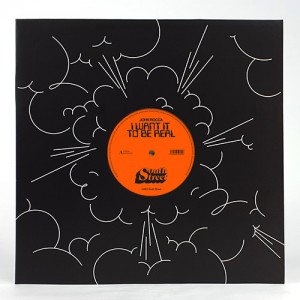 The main man behind jazz funk favourites, Freeez, John Rocca took to the studio in ’84 and whipped up an electro-fied steamer in the form of ‘I Want It To Be Real’. Tantalizing synthwork, beefed up basslines, gated snares and pure ‘80s vocals, it’s a melting pot of influences with a catchiness that caused a serious stir.

This special double header of remixes kicks off with a brand new mix from Late Nite Tuff Guy. He builds up the brilliance with masterful effect, keeping the vocal in the back pocket till the final frontier whilst adding in some buttery new synth magic and deft filtering to the mix.

On the flip, Chicago house don Farley 'Jackmaster' Funk’s 1987 remix homes in on those blissful piano and vocal stabs for a dubbed out ‘Hot House Piano Mix’. Spiritual keys laid down with passion that will be sure to get any dancefloor hot under the collar.

John RoccaOnce Upon A Time In N.Y.C.