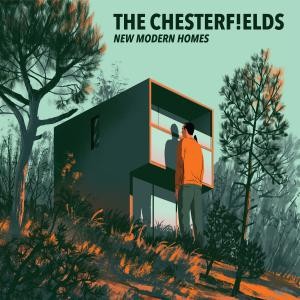 38 years after taking their first tentative steps into the world of independent pop fame, The Chesterfields are back with a new album and live dates this September. New Modern Homes sees the band reuniting with producer John Parish who produced their debut album Kettle in 1987.

Founder member Simon Barber (bass, vocals) is joined by Andy Strickland (lead guitar, also known for his work with The Loft and The Caretaker Race), who briefly featured with the band in 1987, and more recent additions Helen Stickland (guitar, vocals) and Rob Parry (drums).

Musically the sound is an updated version of the music they made 30 odd years ago.

The ChesterfieldsOur Songbird Has Gone

The ChesterfieldsMr Wilson Goes To Norway