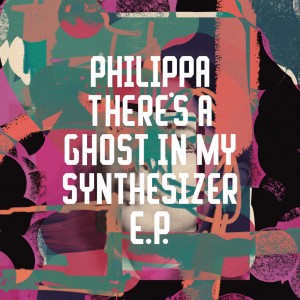 New Zealander via Berlin music maker, Philippa, is a producer and DJ whose passion for house music, tireless commitment to her craft and ear for what makes a dancefloor tick is slowly and surely starting to pay off. Having been a prominent DJ and promoter back in New Zealand she relocated to the European mecca of electronic music in 2013, where she embraced not only Berlin’s nightlife but also its rich heritage of synthesisers, samplers and sound design. She immersed herself in a new world which saw her lecturing at an institute of arts and technology by day and creating beautiful and unique house music by night. Launching At Peace Music in 2019 led to her music falling on the ears of Jimpster who was suitably impressed and eager to hear more.

Cut to 2022 and Freerange present “There’s A Ghost In My Synthesizer”, an EP which showcases Philippa’s musicality and production nous across 4 tracks which takes in funk-infused, rolling grooves, blissful, string-heavy atmospherics and crunchy disco beats. On the title track Philippa goes heavy on the strings and horns bringing some welcome Philly Soul vibes to a track which is guaranteed to bring something special to the party. “I Guess I Have Boy” puts a live bassline front and center whilst sweeping pads keep things deep and warm. The uptempo, funked up groove of “Dimes” follows, giving us a little hint of Philippa’s love of jacking Chicago house but with her own unique twist with that live, jazzy feel which she does so well. Closing out the EP we have “Slow It Down” which brings a smooth, soulful touch to the release with lush strings and vocal from Mo Van Zandt.

Matt says: Freerange are on a roll right now. Next up on the long running label is Philippa whose no-nonsense, high-groove take on house music is literally music to my ears. Hard not to shake a tail feather when the groove are this slinky! Killer stuff from this New Zealander which adds to the argument that the antipodeans hold the house music crown at present! (controversial I know)