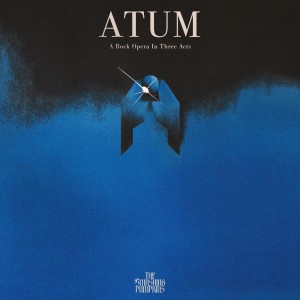 ATUM is a rock opera presented in three acts by inimitable American rock band The Smashing Pumpkins. The album tells an epic interplanetary story set in the not-too-distant future, though the songs themselves respectively stand on their own in the Pumpkins pantheon. This is the final installment in a concept album trilogy, which began with 1995’s Melancholy and the Infinite Sadness and then continued with 2000's Machina/The Machines of God. The album features three original members of the band - William Corgan, James Iha, and Jimmy Chamberlin - as well as longtime guitarist Jeff Schroeder. Corgan had been developing the idea for the rock opera for years, and the pandemic gave him the time off the road to meticulously complete it in the grandiose way he had intended.