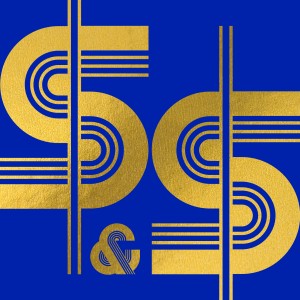 Every single psychonaut worth their salt can remember a moment, midway through some chemically-assisted voyage into the unknown, when someone in the room had the sheer gall to utter the immortal words that strike terror into the heart of everyone present: “Hey, imagine what it’d be like if we stayed this way forever?” Wonder no longer. Existing permanently stranded at the dizzying peak of a nightmarish hallucinatory travelogue, Shit & Shine are here to make that moment a reality. Yet thankfully, as always in this absurdist and electrifying realm, they’re notable for offering a different vision from the third eye whenever they make themselves manifest. What’s more, with New Confusion they’ve usurped their own outré paradigms yet again, resulting in a demented heat-haze panorama of delirious beat-driven abandon and elucidated neural pathways.

As ever the brainchild of Texan king of outlaw brinkmanship Craig Clouse, these nine abject and glorious meditations exist in an alternate dimension whereby a loop-driven exploratory framework is joyridden with alacrity offroad by a moonshine-swigging convict, a zone whereby aural scrap metal is alchemically transformed into gleaming, abstract and intimidating structures and sculptures anew. It may not have occurred to the average head that the sound of Tropicália melting gleefully in the sun (as here essayed on ‘Miami’) might be to their satisfaction, nor that the image of J Dilla trapped in a K-hole with Butthole Surfers would do anything but make them mildly anxious. Similarly, the prospect of Ming The Merciless screaming with rage at his internet service provider (see ‘Robbed’) may not be something that immediately appeals to music listeners around the globe, and nor could most folk imagine an in-the-red floor-filler being quite as pulverising and irresistible as the motorik mangler ‘Annoyed’, which kicks off this album in incendiary style - no less than the sound of ‘Hallogallo’-in-hell. Yet if the parallel universe of Shit & Shine exists for anything, it’s to map out new frontiers of wrong and righteous beyond your wildest expectations. Meet the new end-of-level boss.

King Of The SlumsEncrypted Contemporary Narratives