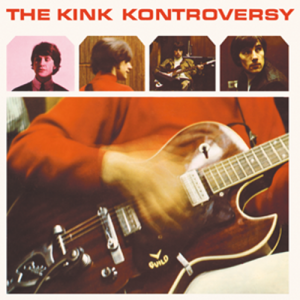 The Kinks came into their own as album artists on The Kink Kontroversy. Ray Davies fully matured as a songwriter on this title, which bridges their raw early British Invasion sound with more sophisticated lyrics and thoughtful production.

Full of powerful ravers like the hit "Til the End of the Day" (utilizing yet another "You Really Got Me"-type riff) and the abrasive, Dave Davies-sung cover of "Milk Cow Blues," but tracks like the calypso pastiche "I'm on an Island," where Ray sings of isolation with a forlorn yet merry bite, were far more indicative of their future direction.

Other great songs on this underrated album include the uneasy nostalgia of "Where Have All the Good Times Gone?," the plaintive, almost fatalistic ballads "Ring the Bells" and "The World Keeps Going Round," and the Dave Davies-sung declaration of independence "I Am Free."