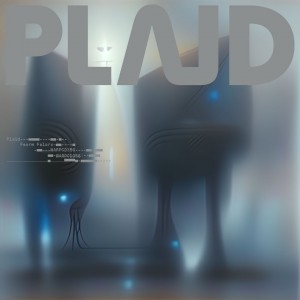 On the cusp of their 30th year with British indie Warp Records, Plaid return with a joyous new studio album, Feorm Falorx. From their playful early releases in the late 80's until now, they have explored diverse musical styles and embraced new methods of synthesis whilst maintaining a musical thread that spins back through the early Hip Hop scene of their youth and beyond to the sounds of the late 60s and 70s that inspired it.

Plaid have toured extensively and collaborated widely over the years, writing for and performing with sonic researchers, percussion groups, solo artists and orchestras, most recently for the BBC Concert Orchestra. They have written for computer games and scored several feature films, one of which, Tekkon Kinkreet, was awarded the Japan Academy Prize for Animation of the Year.

This eleventh studio album finds our duo, Ed Handley and Andy Turner, recreating a recent performance at the Feorm Festival, an intergalactic festival held on the planet Falorx. In order to survive the Falorxian atmosphere they were converted into light so the traditional recording devices they'd taken on 'The Campbell' were not functional. Fortunately, having consulted Earth's Space Agency, it was deemed safe to recreate the performance back in their London studio. Extensive testing of the resulting recordings have established a level of thought contamination deemed, “perfectly acceptable.”