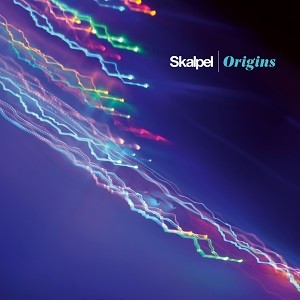 "Origins" is an inspiring contemporary vision adapting various currents of electronica and dance music of the millennium era.

"This album is a kind of prequel. We return to the music of the 90s that we had listened to and that inspired us before we discovered the potential of jazz sounds. A bit of a fictional compilation like those once released by Mo'Wax, Ninja Tune, Wall of Sound, !K7. Nostalgia mixed with the desire to update those ideas gives the music a contemporary sound. At the same time, this is an eyewitness and earwitness testimony of one of the most interesting chapters in the history of electronic music." - explain Marcin Cichy and Igor Pudlo, the duo’s founders.

Throughout the years Skalpel have been blending local, traditional jazz inspirations by means of new electronica. This original approach sparked interest of Ninja Tune who subsequently released Skalpel';s two enthusiastically received albums: “Skalpel” and “Konfusion”. These paved the way to the Gilles Peterson Worldwide Award nomination. Their critically acclaimed 2020 album “Highlight” together with the follow-up: Escape Remixes EP” (which included a remix by rising modern classical star Hania Rani and globally respected house duo Catz ‘ N Dogz ) had almost 5 million streams on Spotify alone. Skalpel’s full spectrum of their imagination and skills was also enhanced by their well- received concerts with a live lineup. They recently played a sold out show in the prestigious London Jazz Café.