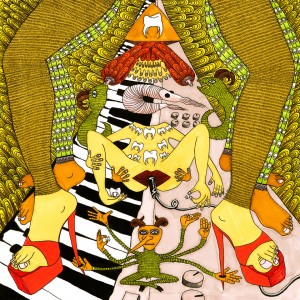 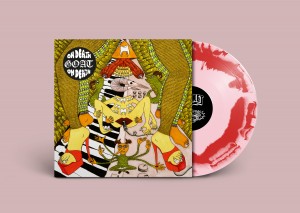 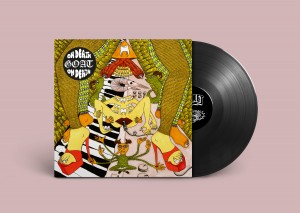 Formidable psychic warriors, channelers of the mystic and proponents of a spiritual quest that transcends this realm, Goat remain a band shrouded in mystery. Travelling from their inscrutable origins in the Swedish village of Korpilombo across the stages and festivals of the world in the last decade, this band has created their incendiary music entirely according to their own co-ordinates.

With all this in mind, the casual observer might have guessed from its title that ‘Requiem’, their beatific and melancholic album of 2016, was to be their last. Yet the ancestral spirits summoned by their art are always restless. Thus the eternal cycles of rebirth have triumphantly produced ‘Oh Death’ - a ceremonial conflagration as powerful as any this band has made.Invigorated by forces we can only guess at the origins of, ‘Oh Death’ is a party to which all are welcome. Blithely waving away easy classification, these heat-hazed serenades are just as comfortable in the headspace of vicious ‘70s funk as they are in zesty ZE records post-punk.

Folk-haunted incantations and free jazz skronk here find common ground, buoyed by relentless forward motion and raucous energy. Yet all of the above is locked into a delirious gnostic groove that threatens to throw the whole shebang spiraling into orbit. ‘Oh Death’ is driven by a supernatural charge that unifies, invigorates and transcends borders, whether geographical, musical, or between this world and the next. In the hands of these sages and soothsayers, this is just the beginning. Goat Is ‘Oh Death’, Long Live Goat.