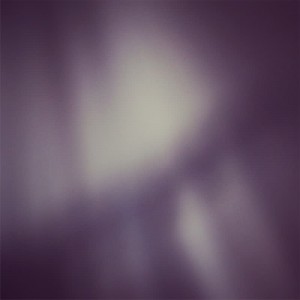 Noah grew up in Hokkaido. Japan's northernmost island, it's an idyllic, snowy place—and a wild, harsh one, too. But it wouldn't be long until, after a stint of living in Aichi Prefecture, found herself living in the tangle of urban centres that is Tokyo. Her production has always been experimental, everchanging, drawing influences from a wide range of styles resulting in a sound that is uniquely her own. Whether it's an R&B feel or the lo-fi magic of vaporwave, her tracks resound with energy and beauty. And, always, her voice weaves like a phantom, emotive, through these exciting soundscapes. Noire is Noah's latest full-length release since 2019's Thirty. Since her debut on FLAU, she has garnered praise from dozens of blogs and media outlets including Dazed & Confused, The Guardian and NYLON, to name just a few, and has worked with producers such as SELA. and kidkanevil.

Directly helping Noah to hone the sound which eventually became 2019's Étoile, her most recent album Noire is a collection of past tracks created between 2015-2020. Through jazz-inflected piano loops and a lo-fi vaporwave sound, alongside carefully considered beats, Noah's latest album showcases the joy of finding freedom in staying up late into the night, and the introspection that comes with it.

This never-before-heard work from Noah is the sound of an artist finding themselves, a maturation. The minimalist tracks—a cocktail of late-night jazz meets Portishead—feature gorgeous space for Noah's crooning vocals to breathe among sprinklings of sampled piano, flute and saxophone. From the emotive line, "The things I've left behind…" on 'Shadow', to the sleepy, far-off sounds of opener 'Twirling', the album showcases a lightness and a sensitivity to self: the joy of night twinned with the inevitable introspection that comes with staying up while the world sleeps.