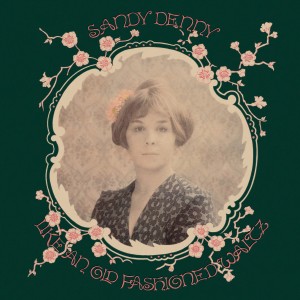 More beautiful sadness for you! Sandy's 1973, third solo offering is rich with nostalgia. Not only are two of the songs covers from her father's record collection but Sandy's own tunes are heavy with romance, memory, loss and loneliness. There are five absolute anthems on this album and the singing is beautifully embroidered with subtle inflections and emotional nuances. It wasn't for nothing that Robert Plant named her as his favourite of all the British female singers. And this edition's unaccompanied take of "No End" has to be up there with her greatest ever performances.


Out of print on LP for a number of years, this re- issue faithfully replicates the original 1974 Island Records UK release with its embossed gatefold sleeve and is pressed onto high quality 180g vinyl.