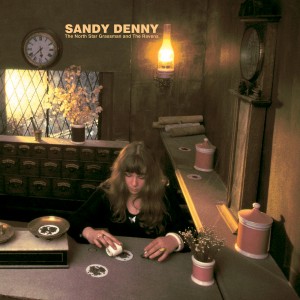 After leaving Fairport Convention in '69, Sandy Denny made one record with her new group Fotheringay, and then this, in 1971, her first solo LP proper. The amazing Richard Thompson plays guitar and infact this album shares a similar, dense, drone-based tonality with his own debut solo effort. It's also a little idyosyncratic, truth be told, but there's still moments of unbelievable beauty here.

Out of print on LP for a number of years, this re- issue faithfully replicates the original 1971 Island Records UK release with gatefold sleeve and is pressed onto high quality 180g vinyl.