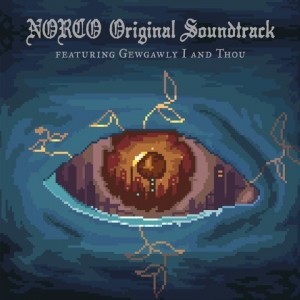 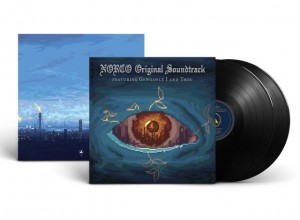 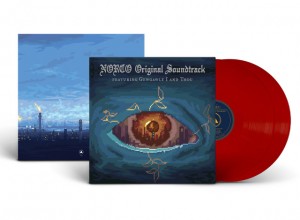 Baton Rouge sludge band Thou have released over a dozen LPs worth of music, collaborated with divergent artists like Emma Ruth Rundle and The Body and released covers that run the full gamut of genres. Continuing their practice of bucking typical metal tradition, their latest record, a split release with composer Gewgawly I, is a soundtrack created for the highly anticipated new video game NORCO.

Gewgawly I has created a master work of ambiance, not only reminiscent of some of the best game soundtracks from the 80s and 90s but also a stunning work of contemporary experimental music pushing the genre forward in exciting ways. Thou have rounded out the game’s grit with a wash of downtuned doom and drone. The band has previously been described as “For fans of: alienation, absurdity, boredom, futility, decay, the tyranny of history, the vulgarities of change, awareness as agony, reason as disease,” and these themes come to life vividly in Thou’s collaboration with the richly illustrated world of NORCO.

“Thou represents an aspect of Louisiana that’s close to my heart. The members know the suburbs of New Orleans and Baton Rouge well. They capture a kind of strange irreverence in their sound and visuals that’s specific to the region and has influenced the game NORCO,” says Yuts from Geography of Robots. ”We’ve been trying to collaborate for a while, and I’m just stoked it’s finally happening!”

SIDE A
A1.Delirious Eyes
A2. Parish (Overworld Theme)
A3. Grainer To Chicago
A4. Fourth Flood
A5. Endless Eve
A6. Troy Story
A7. Perilloux & Sons LLC
A8. Disorientation Is Normal
A9. Trinkets

SIDE B
B1. Behind The Fenceline
B2. Last House In Dimes
B3. Ditch Man’s Curse
B4. Planner Will Hide
B5. Your Pawpaw
B6. Refinery Fight
B7. Apocryphon Of Kenner John
B8. Here Comes The Scum
B9. True Padu