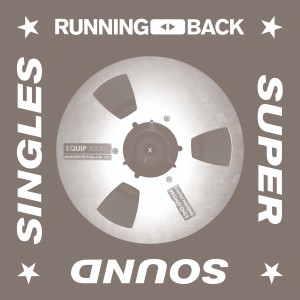 A central theme in the life and work of the British DJ pioneer Greg Wilson, UK electro is a page turner. With the seminal Street Sounds compilation from 1984 (please see Greg’s blog for the whole story) being the beacon, there are still a few overlooked corners.

"XXXO" by Equip is one of them. Originally intended to be part of said release and produced by Greg Wilson, Martin Jackson and Andy Connell (like most of the comp), it was turned down at the time. Sounding like a like a proto -house template with a dash of Klein & MBO, it wasn’t considered strong enough at the time, but found it’s way to the public as a one-sided 12“ in 2006. It felt like a brand-new track as it perfectly correlated with the electro influenced underground dance music mainstream at the time (Chicken Lips et al.). Here it is again: remastered, rekindled and unreduced, cut to 45rpm.

Pressed and released for the first time on this planet though are the "ICA Beats Pt 1 & Pt 2". Intended to be backing tracks for a UK Electro live appearance in August ´84, they haven’t seen the light of day until now. Both restored and re-edited with some help of RB label owner Gerd Janson, they are fierce examples of the sound at the time. Sitting between rhythm tracks and experimental drum machine compositions (and a short greeting from their creators’ other project Syncbeat), it makes you wonder how one could have lived for so long without them. The history of the past enables you to dream of the future. What other gems could be lurking out there on DATS, private presses and promo 12"s... The quest for the perfect beat goes on and on...

Matt says: Avid Manchester nightclub patrons will surely recognize the electrfied funk of this proto-house / electro crossover. Hammered by Il Bosco and one of the unofficial Top Ten Pomona Hits - now available to all after a super limited 2006 pressing.

Various ArtistsKeep It In The Family