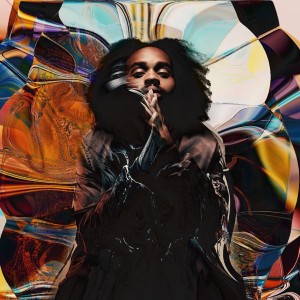 Fly Anakin's debut studio album 'Frank' draws influence from the classic R&B and Soul his dad played him as a child, showcasing a gift for songwriting alongside the breathless raps he's become known for

Recorded at the same time as 'FlySiifu's', it features Pink Siifu on the DJ Harrison produced 'Black Be The Source', as well as link ups with another Richmond hero and Anakin mentor Nickelus F, and fellow Mutant Academy members Big Kahuna OG and Henny L.O..

"A perfect display of Anakin's captivating lyricism and delivery... flexes the New York-tinged ruggedness in his breakneck raps as he reflects on his past, present and future." Paste.

Fly Anakin is a rapper from Richmond, Virginia, who was described by Madlib as "one of the illest MCs", and has previously collaborated with Freddie Gibbs. He's co-founder of the Richmond rap collective Mutant Academy.

"Anakin's detail isn't a skill that could just be picked up from studying the legends of the genre, it's a gift." Pitchfork