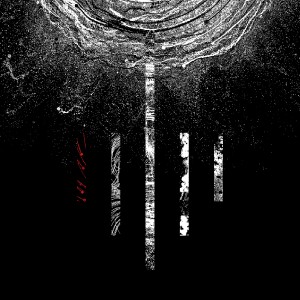 With a career spanning over 3 decades, Dubfire has achieved global success as an artist with relentless drive, talent, and intuition. Pioneering commercial notoriety came initially as one half of the Grammy award (2001) winning duo Deep Dish, before embarking on a truly groundbreaking solo career in 2007. A career filled with timeless tracks include his early works ‘Ribcage’, ‘Emissions, ‘Roadkill’ and the highly acclaimed ‘Exit’ with Miss Kitten. Collaborative work highlights include Luke Slater, Moscoman, Oliver Huntemann, Chris Liebing, Tiga and co-producing two tracks on the legendary Underworld’s ‘Barking’ album. This year he finally releases his debut album ‘EVOLV’. An 11-track visionary into the mind of Dubfire to
be released on his long-standing label SCI+TEC.

Two singles plucked from the LP and given side-long 12” treatment. “Escape” is the tension builder, techy perx and a taut rhythmic synth line vying with filter notches and sweeping noise to create a track that’ll instantly draw humans into a radioactive core.

“Elevation” lets loose with a dark technoid discord; interestingly sequenced patterns wrapped around a distant 4/4 to create a serpentine and rather quite disorientating track which almost epitomizes the essence of techno in one track. Very Rob Hood “Minimal Nation”-era.