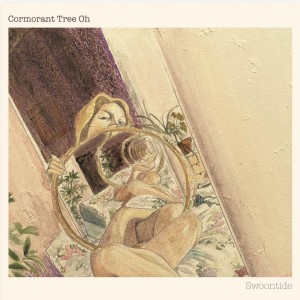 Cormorant Tree Oh announces the release of folk horror masterpiece, via Trapped Animal! “Marrying skeletal balalaika and disembodied samples with low-lying synth organ lines and a focal point here – Keane’s arresting vocals, it doubles as one of our favourite Irish tracks of the year thus far.” The Thin Air // Trapped Animal is very excited to announce we will be working with new visual and aural talent, Mary Keane aka Cormorant Tree Oh on her folk horror masterpiece that is Swoontide. The Cave, the first single from Swoontide dropped in June on digitals.

Mary says on the track: “This song is a celebration of the form and symbolism of caves. They are portals to another realm, the site of our earliest artistic expression, places of transcendence, the hermit’s refuge. They are colossal gees in the landscape. They are where picnicking lovers go to make mischief on a summer’s day. The cave in question is located in Portrane Co.Dublin.” Swoontide is the distillation of several years of Mary Keane’s life, recorded on her laptop as and when a new song or idea would come along. Mary talks about her process: “I love to stitch in samples from nature as so many of my songs are inspired in some way by the natural world. I’m also drawn to more domestic sounds like my mother’s washing machine or water coming to the boil. I play some unusual instruments throughout the album including balalaika, theremin, psaltery and lots of improvised percussion including bread bins, biscuit tins, stones, and a spiral staircase.” Try taking a walk in the dark with this album, we dare you.