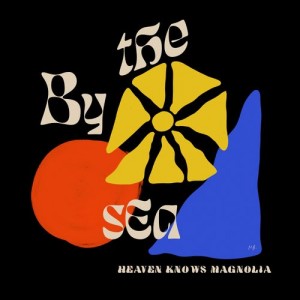 Wirral band By The Sea return with their third album.

By The Sea come from the lineage of firework pop, bursts of colour and squeeze-your-hand intense love aligned with grey skies & work things.
Recall the first time you heard The Chills’ ‘Pink Frost’ or Television Personalities’ How I Learned To Live The Bomb’?

Liam Power formed By The Sea in 2011, the band’s debut single Waltz Away coming out on The Great Pop Supplement label that year. In November 2012 the band released their self-titled album through Dell’Orso and GPS. The NME noted how there was “a beautifully bruised element to this Wirral act’s debut from the subdued, morbid production to Liam Power’s heroically battle-weary vocals”.

They have also often been tagged for their kitchen-sink dramas though they’re more akin to something like ‘Wish You Were Here’, both funny and dark without being maudlin. There’s an end of pier melancholy to By The Sea records though, something more than a scribble of sentiment on a souvenir postcard.

For their second LP ‘Endless Days, Crystal Skies the band turned over production duties to their friend Bill Ryder-Jones (formerly of The Coral) and released that bounty of melodic pop in 2014. It’s a partnership they have retained for the new third album ‘Heaven Knows Magnolia’ released on limited purple vinyl, CD and digital formats on October 21st. The song ‘Bedbound Melodies’ is also a co-write with Bill.