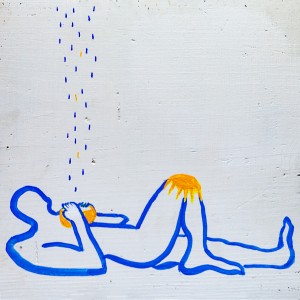 The first album from Twain released via Keeled Scales In 3 years and Twain’s first-ever double album.

Matthew Davidson is a prolific contributor to beloved projects including Big Thief, whose latest album Dragon New Warm Mountain I Believe in You features Davidson’s distinct contributions on six songs, as well as a current member of Buck Meek’s band. Davidson is also a former member of The Low Anthem, Spirit Family Reunion, and Deslondes and has toured with the likes of Langhorne Slim, Courtney Marie Andrews and more. He made his label debut as Twain with Rare Feeling in 2017. Twain's music resonates a transcendental weight, his performances reliably noted as raw and intensely emotional.

The long-awaited album from Twain released via Keeled Scales is his first-ever double LP titled Noon. Twain’s first album in three years, Noon looks to explore the balancing exercise between soul-fantasy and self-scrutiny. The songs on Noon try to sit in the liminal state between the spirit’s ambition for itself and the often harsh truth of the present. The hope is to erode the barrier between those two states. ‘Twain’ is Mat Davidson’s approach to reconcile those two states, and to forget that they could ever exist in opposition.