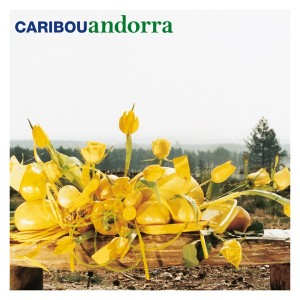 Review from 2007:
Caribou, otherwise known as the composer of euphoric, dazzlingly beautiful electronic psychedelia, Dan Snaith, returns with a rousing album, "Andorra". Since releasing the "The Milk Of Human Kindness", The acclaimed album was an affirmation, after the blow delivered by rock relic Handsome 'Dick' Manitoba (who for reasons best known to himself, sued Snaith in 2003 over the use of his previous musical moniker Manitoba, effecting the name change to Caribou), that Snaith's fanbase had remained loyal and what's more, continued to grow.