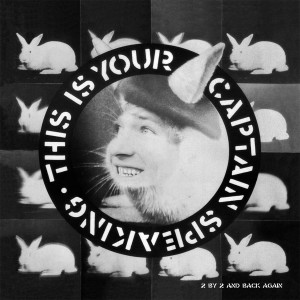 ‘This Is Your Captain Speaking’, by Captain Sensible (a founding member of punk rock legends The Damned), mixes pure punk audaciousness with hints of psychedelia and goth as well as choral music, to create something undeniably ‘Captain’.

The EP features vocal contributions from the band, Dolly Mixture and engineer John Loder’s young daughter Tash. Penny Rimbaud, who wrote the lyrics for the first track, ‘What D'Ya Give’, features on drums throughout.

Tongue-in-cheek and also raw, the EP represents a pivotal moment when two of punk’s original trailblazers joined forces. First released on 7” vinyl, limiting the sound, the new repressing has been remastered for 12” at Abbey Road Studios, allowing this release to be heard as never before.

This, plus enlarged replicas of the original covers, brings new gusto to the already radical sound.

(What D'Ya Give) The Man Who's Gotten Everything?
Oursouls To You
The Russians Are Coming