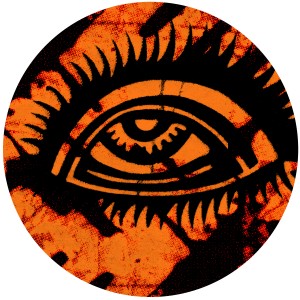 One Tribe label-owner Amémé makes his debut production appearance on Crosstown Rebels with the three-track EP "Drum Beat". The record includes a remix by longstanding US house veteran Joeski, marking a major career achievement for the Benin-born talent.

The Latin influence is experienced right from the word go on "Loca", as Saharan-esque elements build alongside resonant hats and playful, Spanish-like vocals. Tribal percussion drifts in and out alongside, whilst whirring key solos feature subtly throughout. "Drum Beat" comes next, manifesting as a welcome slice of contemporary Afro-house that’s packed full of raw instrumentals and authentic lyrical samples, before Joeski’s remix brings things to an up-tempo, club-ready close.

Specialising in Afro-leaning electronic music, AMÉMÉ has marked himself as one of the continent’s breakthrough talents in recent years. Head of One Tribe, his productions have been supported by the pioneering figure of Black Coffee since 2019, whilst his appearances on Watergate Records, Blond:Ish’s Abracadabra imprint and the mighty MoBlack Records have been equally well-received, firmly establishing his presence as one of modern dance music’s rising stars.

Joeski’s trajectory can be traced back to 1991, when he burst onto the NYC house scene as a founding member of The Chocolate Factory DJ collective. Since then, the US veteran has garnered a worldwide following thanks to his Maya label, which was first incepted in 2001, as well his keen ear for production that has seen him release on Crosstown Rebels, Relief and a myriad of other heavyweight imprints in recent years.