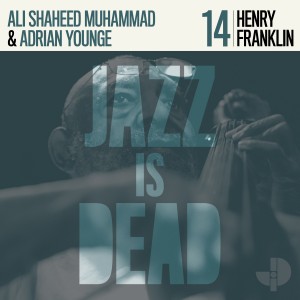 A native of Los Angeles, Henry Franklin came of age while the city was producing a crop of exciting jazz talent. Frankin’s lasting impact on jazz can be evidenced by the long list of legends who sought him out for tours and recording sessions, Stevie Wonder, Bobby Humphrey, Freddy Hubbard, & Pharaoh Sanders to name a few. Franklin’s solo output is best remembered for his two solo outings with the Black Jazz label- “The Skipper” & “The Skipper At Home”. Together, they form one of the most compelling diptychs in the entire post-bop canon. Recognised by his peers and contemporaries, Franklin’s entry for Jazz Is Dead gives the living legend his flowers and recognises the contributions The Skipper has made as one of jazz’s most influential heartbeats.