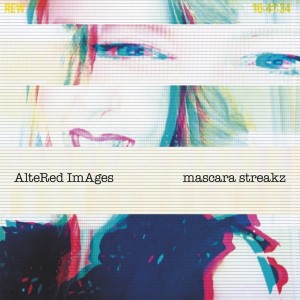 In their first incarnation, Altered Images enjoyed an intense burst of success that made them the brightest emerging stars of the new wave scene as well as the Best New Act at the NME Awards. In just two years, they released three studio albums and a catalogue of Top 10 classics - ‘Happy Birthday’, ‘I Could Be Happy’ and ‘Don’t Talk To Me About Love’ - that are still being discovered today. Altered Images have been touring on-and-off for the past two decades, recently returning to arenas as guests of The Human League and playing UK summer festival shows - but new music was never on the cards… until now.

How does an artist approach writing and recording new music after 39 years away? For Altered Images, the process was as much about the here-and-now rather than pure nostalgia - drawing upon the things that fans adored the first time around, but also respecting just how much everyone has changed in the intervening years. Matched by lyrics which explore the highs and lows of life’s rich tapestry, it’s an approach which makes new album ‘Mascara Streakz’ such an intriguing prospect. Lead single ‘Mascara Streakz’ captures the essence of what Altered Images aimed to achieve with the album. Like their big hits and fan favourites, it is instantly immediate but its synth-pop melody and contemporary beats are an evolution from the band’s original spiky guitar pop style. The result respects everything that Altered Images were the first time around, but also sounds like a very organic next step and was produced by Clare’s husband, Altered Images alumni Stephen Lironi.