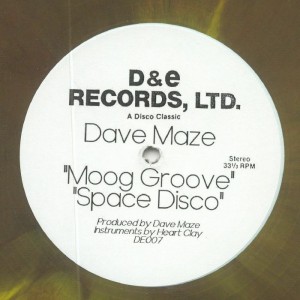 "Space Disco" is more, well, disco flavoured, with Dave utilizing a hooky clav and bass phrase, adding seared synth strings, female vox and what I think are flute stabs. It's still got that loopy, house sensibility but the instrumentation should guide it alongside more organic, disco-centric material.

Matt says: Understated and luxurious deep house and disco-house double header from the delectable John Maze. If you dig Ron Trent and Glenn Underground this one's for you.