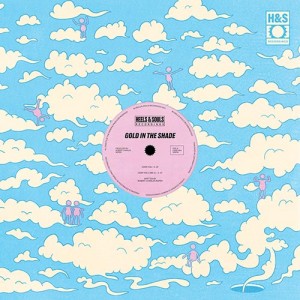 Top tier tackle from Heels & Souls Recordings for their fourth reissue as they let loose a much anticipated double header, Gold In The Shade’s 'Over You' backed with 'Shining Through'. Rough, tough, straight-from-the-heart ‘90s street soul, coming courtesy of TSR bossman Robert Roper and the Gold In The Shade ladies Arletta Davis and Sonia Johnson. One of the most sought-after cuts of this scene, it encompasses much of what made street soul special - heavy bass, gritty breaks, emotive chords and off-kilter vocals, marrying together to form a snapshot of a raw DIY scene with optimism at its heart.

The trio’s first single from 1990, ‘Shining Through’ is a no nonsense, bassbin-rattling love song from the underground, seeing long-term friends Sonia and Arletta pulling on the heartstrings from the mic as Robert works his magic behind the studio controls.

Lovingly remastered from the DAT by Cicely Balston, if only ‘Over You’ had been so easy. Two years of endless searching for the tape and subsequently a clean copy of the record, Heels & Souls even went to the lengths of having the multitracks restored so that Robert could attempt to recreate the original mixdown in the studio – but the magic of ‘91, unfortunately, can’t simply be conjured at the drop of a hi-hat.

After all but losing hope, Sean P (by way of Backatcha’s Aiden Leacy), came to the rescue with a mint condition copy of the record that he had from running in the same circles as Robert and Duval back in the day, ripping and restoring it with a precision he’s rightly famed for. And so (finally!) here it is: distorted samples, low-fi hits, speaker rumbling bassweight and all. Raw to the core, but that’s the point – pure, unbridled emotion from the depths of North West London.