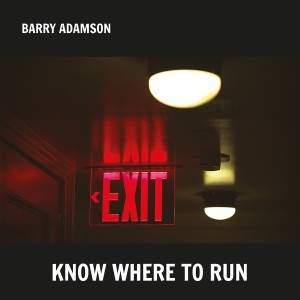 Barry’s 2016 album, Know Where To Run, was produced by Barry himself and recorded in Brighton with Paul Pascoe, whilst WTNSS mixed and provided additional production at the legendary Dean Street Studios. The concept behind the album emerged when Barry started taking photos during a Nick Cave and the Bad Seeds North American tour, playing with the idea of traversing different states of the human condition and different states across America. The result was an audio/visual project inspired by these pictures, with the record being presented alongside a curated photobook.