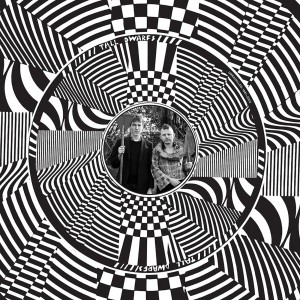 Unravelled: 1981–2002 shines a loving light on lo-fi pioneers Tall Dwarfs, the prized New Zealand duo of Chris Knox and Alec Bathgate. The collection, available as a 4-LP or 2-CD box set, compiles songs from Tall Dwarfs' two decades of recordings. The vinyl edition includes a 20-page collector's booklet of photos, comics, posters, and other ephemera. The songs on Unravelled: 1981–2002 were curated by Alec Bathgate, who also designed the box set packaging; Chris Knox suffered a debilitating stroke in 2009 just as they had started work on a new album. The collection captures the different sides of the Tall Dwarfs in 55 songs. Though the band was an excuse for two good friends who lived in different cities to get together, drink beer, watch shitty old movies, and do some recording and drawing, Tall Dwarfs created music unlike anyone else.

Capturing the initial excitement of creation and taking pride in what they did, Knox and Bathgate showed a whole generation of musicians what could be done at home on a 4-track and what magic could be made if you mixed pop melodies and hooks galore with homemade sounds. After a failed flirtation with success in their previous band Toy Love, Knox and Bathgate formed Tall Dwarfs in 1981, opting to record themselves on a 4-track reel-to-reel. New Zealand’s AudioCulture wrote of the duo’s project: “Early live performances were a ramshackle work in progress. Knox described them in an interview with American magazine Forced Exposure as ‘two minutes of song followed by five minutes of fucking around,’ and they dismayed many Toy Love fans—but the pair had no interest in a career spent in pubs cranking out ‘Pull Down the Shades.’”

Tall Dwarfs was meant to be a one-off, but after the founding of their New Zealand label Flying Nun, they continued to record music for the next 21 years, releasing seven EPs and six albums. Their process was spontaneous, with songs being recorded as they were written. Typically, Bathgate would work up something on guitar while Knox provided vocals, lyrics, and tape loops. Then they added any sounds that seemed necessary to finish a song, using whatever was lying around: pans, chairs, baby rattles. Though Tall Dwarfs could be weird, they were never too experimental; Knox and Bathgate both loved melody too much