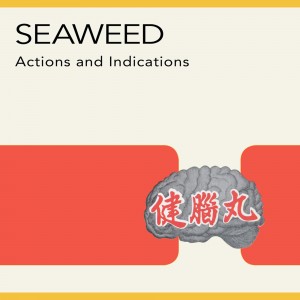 Seaweed formed out of the fertile northwest punk scene of the mid-to-late '80s in Tacoma and Olympia Washington. Singer Aaron Stauffer, fresh off a stint in the little-known Spook & the Zombies, founded the band with best friend Clint Werner, who assumed guitar duties. After the recruitment of guitarist Wade Neal, bassist John Atkins, and drummer Bob Bulgrien, Seaweed began playing clubs throughout the Pacific Northwest. From 1989 to 1999, Seaweed recorded five punk-pop LPs and played over a thousand shows.

According to All Music Guide, "they played D.I.Y. with the Sub Pop label for their first three records, went ambitiously astray by signing with Hollywood Records, then did the cool right thing by returning to indie Merge." This August, Merge Records offers the vinyl reissue of 1999's Actions and Indications, remastered and pressed to high quality vinyl, with three unreleased bonus tracks (digital only) added. Originally recorded at Tacoma's Uptone Electric studio in the summer of 1998, Actions and Indications is a tour de force of power chord dynamism.