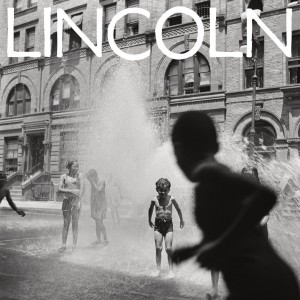 The complete recorded history of one of the more influential and revered post-hardcore bands of the early 1990s. Newly mixed in 2021 by J. Robbins (Jawbox, Burning Airlines). Lincoln was a Morgantown, WV band formed in 1992 by Jay Demko (vocals/guitar), John Herod (guitar), Justin Wierbonski (drums), and Johanna Claasen (bass). Dan Ball would later take over on bass. Though a band for only a brief time who left behind only a handful of recordings, they remain highly respected and are often regarded as one of the many foundational pieces of what would become known as “post-hardcore,” as well as the proto-emo scene that was birthed by bands like Rites of Spring and Moss Icon. Lincoln’s first 7” was originally released in 1992 by Watermark Records.

The following year, their universally beloved split 7” with Washington, DC’s Hoover became the inaugural release on the Art Monk Construction label. A final Lincoln 7” was released posthumously in 1994. All of Lincoln’s releases have remained out-of-print and unavailable since the late 1990s. In 2021, Lincoln’s entire recorded history was recovered, and the original analog tapes were restored and transferred. J. Robbins (Jawbox, Burning Airlines) newly mixed every song. All eight songs – seven that originally spanned three 7” singles, plus a previously unreleased track are now finally available on CD, LP, and Digital formats. It all sounds and feels better than ever, and shows just how much a small band from a small town with a small discography can have such a large and lasting impact